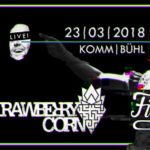 After a long period of silence we’re now finally playing a show again. Further information can be found on the facebook event page.

Another one-of show! It’s been some time since we played in Karlsruhe. So it’s even more of an honor to be part of the 40th birthday of one of the city’s most lovely venues. We’re on early opening the open-air stage at 5:30. So make shure you don’t miss us causing some serious afternoon havoc. […] 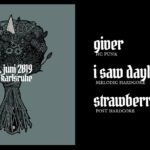 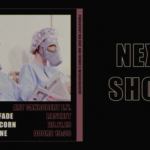 We’re playing our second living room again. Lovely lineup set up by Debt and Friends in cooperation with Iwishicouldstay featuring obviously old-Gallows-loving Canine from FFM, Munichs We too, will fade, which happen to be Denis’s (of Nametaker / Minutes from Memory / R.I.S.C. fame) new band and Karslruhe’s metalcore newcomers Speaking Stone. For more details […]